After successfully delivering the awareness raising campaign on participatory irrigation management program and the Afghanistan water law, and social mobilization of the farmers, the formation process of Irrigation Associations has been initiated in Mushtaq canal in Lawer Balkh Sub-Basin. The Irrigation Association formation will be facilitated by BRD in collaboration with the Department of Agriculture, Irrigation and Livestock and Communication Elders in each sub-canal area. BRD will support the community’s elders in the organization of a general meeting, where BRD will present  to the participants the goals and objectives of the program and the potential role and responsibilities of the Irrigation Associations. In addition, a Chair will be elected, together with a Deputy Chair and cashier, through a free and fair election facilitated by BRD.

To date, six new Irrigations Associations have been formed  in six secondary irrigation canals namely Barogay, Qurghan, Bagh-e-Beland, Mushtaq Secondary, Shiran and kushk-e-Abdul canals, under the program BRD will facilitate the formation of 60 Irrigation Associations. The capacity building of the associations to deliver effective services will commence after the completion of the formation process. 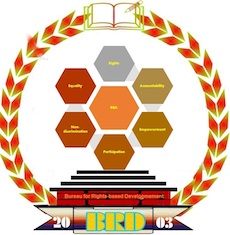